Definitive W7 + Play-Fi, Hands on with an AirPlay Competitor for Home Wireless Music

I love the concept of streaming music around the home. There are a lot of great wireless Bluetooth speakers for wireless music on the move, but it’s still unclear what to choose for a static home environment. Apple’s answer is AirPlay, but it has flaws: no multi-room support from iOS devices, limited adoption by speaker manufacturers, and spotty reliability at best.

I’ve been trying an AirPlay alternative, called Play-Fi, which is a competing industry technology for home Wi-Fi music streaming from DTS. Specifically, I tested the Definitive W7 wireless speaker which integrates Play-Fi. Read on for my review…

The Definitive speaker is controlled by an iPhone app, available for free in the App Store. The music streaming itself happens over Wi-Fi. Wi-Fi based systems are far superior to a Bluetooth stack when streaming music in the home, as it means the phone can stream from anywhere in the house as long as it is on the same local network.

Bluetooth systems have limited range (especially with walls in the way) and often require manual pairing in Settings on each use when juggling multiple devices. It is also generally more power-efficient to use Wi-Fi, so it won’t drain your iOS device’s battery as quickly whilst streaming.

Setup is relatively straightforward: plug the speaker into the power socket and open the iPhone controller app.

The onscreen instructions direct you to connect directly to the speaker temporarily in order to finish setup, but this only has to happen during initial configuration steps. When you are actually using the speaker, the iOS device remains connected to home Wi-Fi at all times — no jumping between networks is necessary.

With setup completed, the main interface to the wireless speaker is exposed in the app. From this screen, you can select a music source. Possible sources include songs from your Music library, free Internet Radio, Amazon, Pandora, Spotify and many more. It can even detect local home media servers, which includes streaming from a Synology NAS with Plex.

Unfortunately, this also exposes a big weakness with the Play-Fi system. It is only compatible with the integrations available in the application. Unlike AirPlay, it cannot stream arbitrary sound from the iPhone to the speaker.

This is a big limitation if you are used to freely streaming sounds from third-party apps around the house, like playlists from the YouTube app. It simply isn’t possible unless there is an explicit partnership exposed within the application — this is similar to how the Sonos system works. Personally, I’m mostly interested in playing my home music library so it isn’t a deal breaker.

Anyway, assuming you can find the music within the app, the app is pleasant to use. It mimics the Music app as closely as possible, with Now Playing screens and such. The volume sliders are directly connected to the speaker, not the iPhone volume — it’s very responsive. The Now Playing section of Control Center (and the Now Playing glance on Apple Watch) integrates with the app, which is a helpful convenience.

Whereas my AirPlay equipment has several second delays, the Play-Fi setup seems more robust. As long as the speaker internal antenna can pick up a decent signal to the network, playback was flawless in my testing. AirPlay is generally good but I have found it randomly cut out during songs.

The Play-Fi streaming did not have the same issues. Disconnecting and reconnecting to the speaker is also very fast and the app remembers your settings between launches for added convenience. (All of this is conditional on your router being a solid network, of course. As there is not a direct connection between the phone and speaker, it goes without saying that the music will drop if the router is turned off or is unreliable.)

The Play-Fi stack has some other advantages over AirPlay too. Most notably, it supports multiple speakers at once and speaker groups. You can add multiple Play-Fi speakers in the app, name them independently for identification and add them to groups.

This gives full control over which rooms play the same music (in sync) and which rooms are playing something else. You can control master volume with one slider or tweak settings for individual speakers as well.

These features are in stark contrast to AirPlay, where iOS only allows playing to one output at a time… meaning multiple speaker streaming is just not possible. Multiple AirPlay playback requires iTunes on a Mac or PC which is just less convenient. Obviously, this requires heavy investment into Play-Fi equipment to pull off, although a lot of brands are making audio hardware with compatibility.

The biggest downside with Play-Fi, ignoring cost of acquiring hardware, is that the streaming apps are only available for iOS, Android, and Windows. Streaming from OS X is out of the question, which is a significant issue. Investing in AirPlay locks out Android and Windows devices of course, but at least it supports all of the Apple ecosystem in which I am invested.

Raw speaker performance will vary based on the Play-Fi device you end up buying, but I’m happy to say the unit I tested is a good option: the Definitive W7. 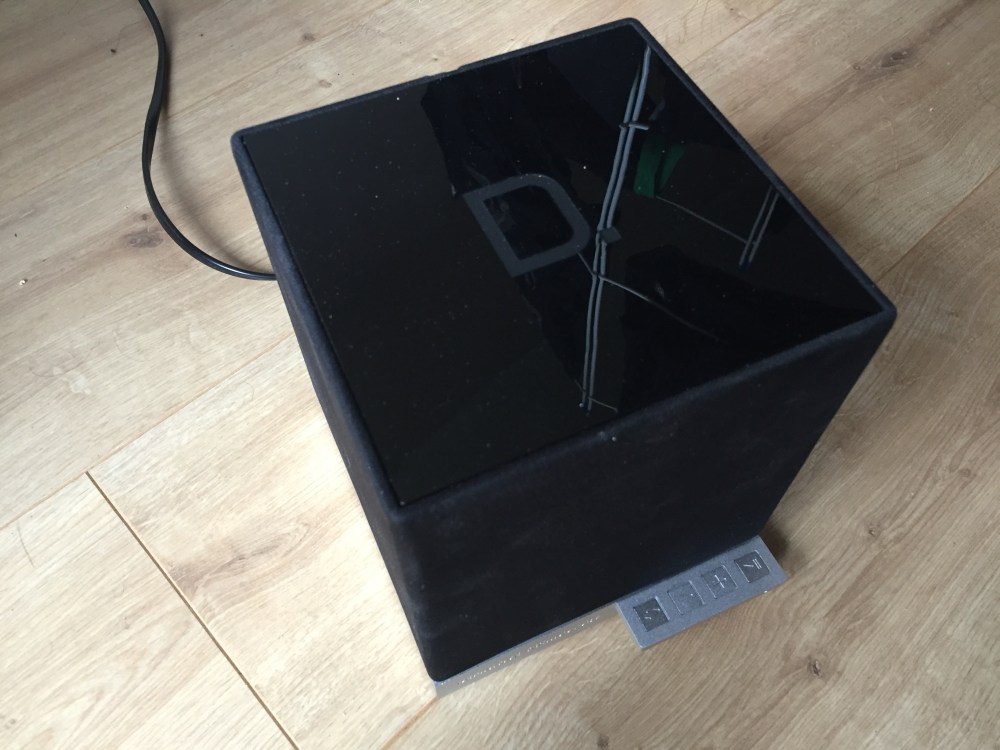 Do not be misled by the small size of this box. Sound quality is very strong, with decent bass output for a product so small. The mid-range is slightly muffled with some music sequences. That being said, it’s very very loud with no distortion at maximum volume and can easily fill a room despite its minute appearance.

Hidden behind the unimposing square chassis is two dome tweeters, a four-inch mid range driver and a pair of passive radiators on the side. Sound output is mostly even from all directions, with a slight bias towards the front panel. 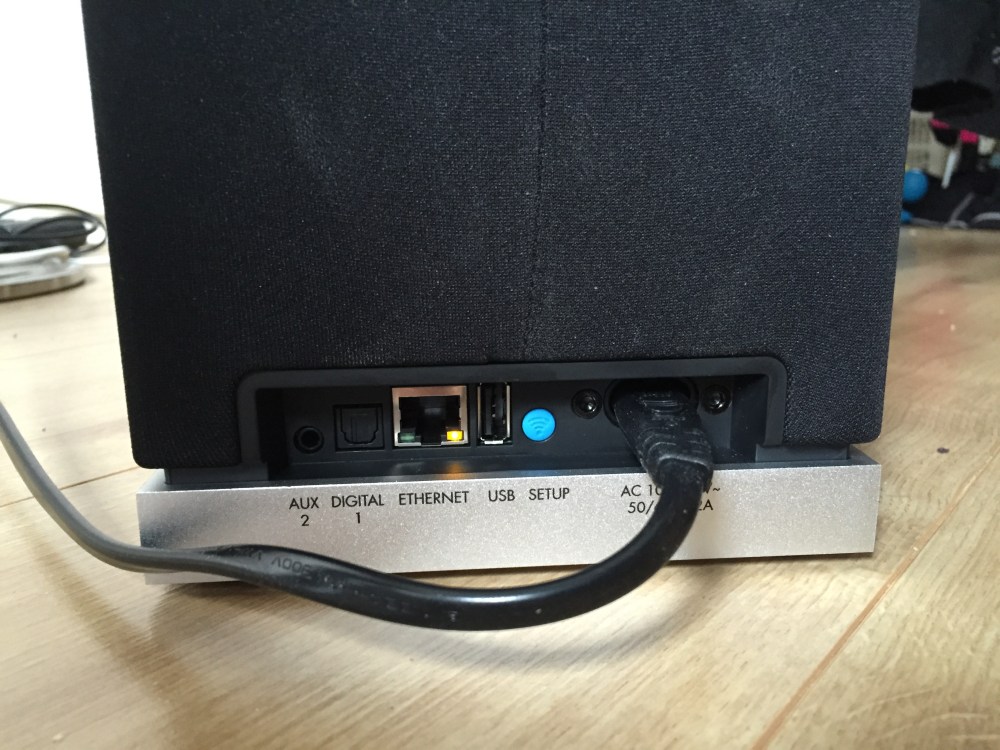 Aesthetics are good too, the device cloaked in black with a metallic silver base, so it would fit into most rooms without making a fuss or drawing attention. The speaker includes an AUX input and Ethernet port — if you want to plug in a cable rather than rely on wireless Internet for connectivity.

In summary, Play-Fi is an interesting proposition and gaining support in the speaker market. At $400, I wouldn’t say the Definitive W7 is a steal, but it certainly justifies its price with great sound in a stylish container.