A loudspeaker can be “sophisticated” by featuring highly complex and unusual techniques, or simply by being elegant and expert in matters of culture. 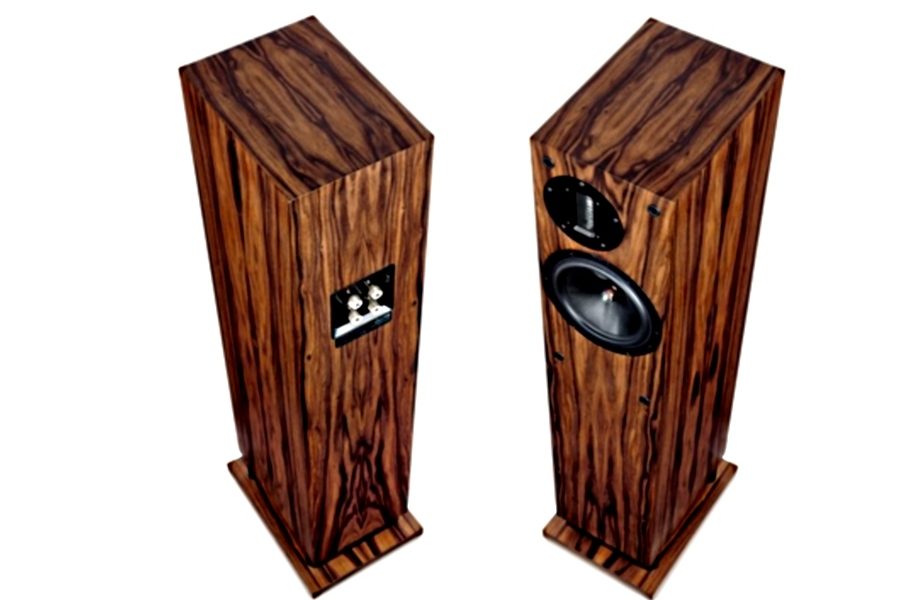 ProAc Response D20R sports a new ribbon tweeter, modern carbon fiber mid-woofer and of course, ProAc’s trademark: the meticulously executed crossover. But I’d not call this speaker sophisticated by its technical merits. When you look at the D20R it bears striking resemblance with ProAc speakers from two decades ago. It’s a good question whether any speaker that hasn’t really changed for 20 years can be sophisticated, but what’s sure is this: running after the latest technical crazes is not part of ProAc’s ideology. Has never been.

But if the speaker still looks elegant, discreet, has a sense of style in it, shows advanced taste and expertise in matters of culture, it certainly is “sophisticated”; and in this sense, the Response D20R is as sophisticated a speaker as there can be.

The sound has marvellous velvety darkness in it, the darkness being primarily musical, and only minimally tonal in nature. The sound of the D20R also possesses wonderful meditational slowness and reflection, tranquility. A genuine Baroque speaker!

I vividly remember when the ProAc Response 3.5 arrived in an hi-fi shop in my then hometown of Geneva. Each new ProAc – or an update of an old one – was an event to the local hi-fi community. People came to witness it from afar.

The brand had a certain mystical power, which the leader of the company and speaker-wizard Stwewart Tyler was not the least to blame. American Hi-Fi magazines TAS and Stereophile took the British brand as their own and wrote top reviews. Along with the bigger models, Response 1 and SC’s were sold in quantities, not to mention the fabled little monitor ProAc Tablette and its many incarnations.

The sound has marvellous velvety darkness in it, the darkness being primarily musical, and only minimally tonal in nature. The sound of the D20R also possesses wonderful meditational slowness and reflection, tranquility. A genuine Baroque speaker!

That was the end of 1990s. Then something happened. What exactly, has escaped from me. Either the world changed, or ProAc changed, or both changed. All the same, ProAc seemed to vanish from the scene, from hobbyists’ surface awareness. It turned out that ProAc didn’t disappear anywhere. It just faced the well known dilemma: what’s good, need not be redesigned, but in order to survive one ought to go forward and change. ProAc has reacted by gradually sharpening its product palet to better answer market expectations; tried to survive as a British speaker brand. 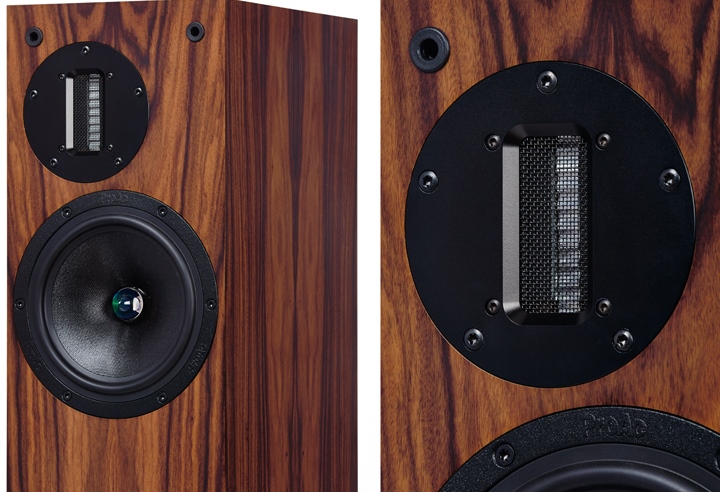 To understand ProAc Response D20/R one must go back to its predecessor Response D18, one of the most popular ProAc speaker model of all times. From the perspective of the D20R, the D18 has two faults. First, it’s still in production: as said, after so many years such a speaker doesn’t send the world an image of an innovative and dynamic speaker company. Second, the D18 sports a dome tweeter.

The dome is still the number one choice for the tweeter eg. in many Asian countries. But Stewart Tyler is a ribbon guy. His esoteric Future dipole speaker from the early 2000 carried a ribbon tweeter, and ribbons inspired him even as a young man. One of his first self-made speakers featured Quad electrostatics as a midrange driver, dynamic woofers and Decca’s horn loaded ribbon as a tweeter. Only a few pairs of Future were ever made, but the idea of a ribbon tweeter didn’t vanish. Hence, the ribbon HF unit in the D20R. Mounted in a short waveguide, the 60mm long and 10mm wide Taiwan made ribbon element is ProAc’s own design. The same unit can be found in D30, D40 and R6.

Only a few pairs of Future were ever made, but the idea of a ribbon tweeter didn’t vanish. Hence, the ribbon HF unit in the D20R.

It’s a fairly typical ribbon element in the sense that the vertical radiation is limited. According to ProAc, that should not cause problems as long as the speaker is not listened very close (<2m). On the positive side the manufacturer says that along with the ribbon tweeter the sound quality has improved in all respects, the midrange being now more open and the bass sturdier. Soon it will be heard.

The woofer is 165 mm Seas with a carbon fiber cone, Excel magnet system and acrylic phase-plug. The BR port is at the bottom of the cab reportedly facilitating eg. the speaker placement. All Response-series speakers stand on a thick plate bolted to the bottom. The plate is said to make the speaker stabler and improve its bass performance as well as the clarity of the sound stage. 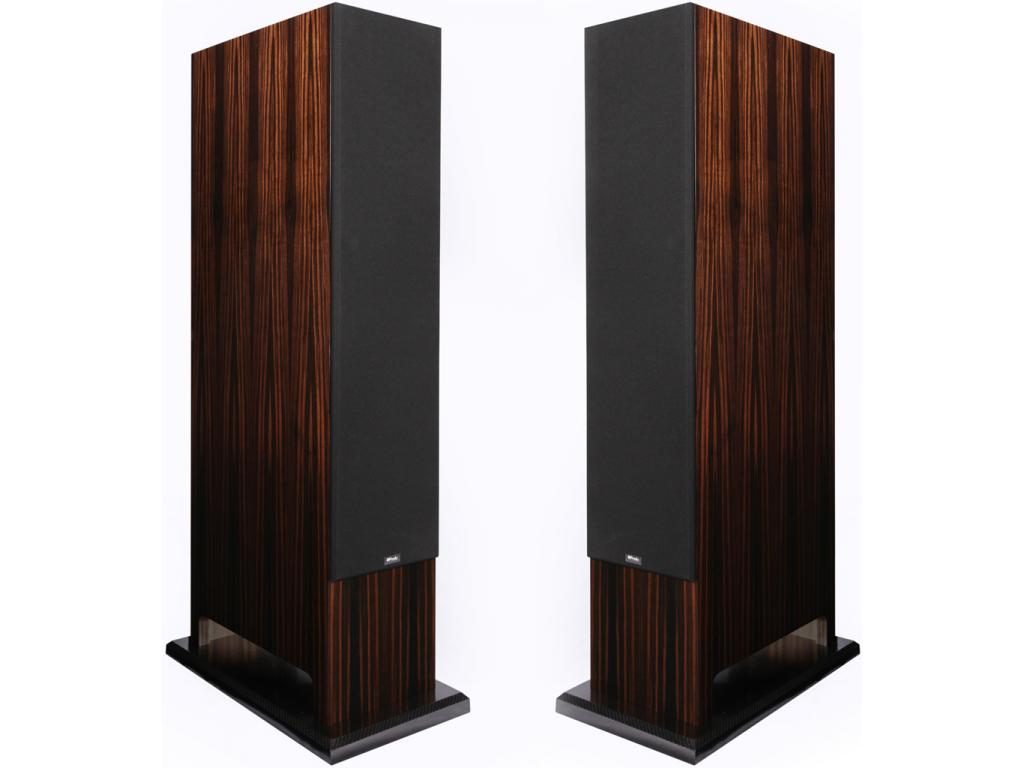 The cabinet is veneered MDF, internally damped with bitumen and wool, the exact thickness of the layers being specific to the cabinet. The reported frequency response is 28-33000Hz. ProAc won’t tell how many decibels the 28Hz is attenuated, mainly because they regard the figure uninformative, which it often is in practice.

With the impedance of 8 ohms, and 88,5dB sensitivity the D20R offers a pretty easy load to the amplifier, on paper at least. As to the amplifier power, the recommendation ranges from 20 to 180 watts. I offered the speaker 20 watts of tube power and it wasn’t quite enough. Next I gave a chance to a pair of Burson Timekeeper mono blocks with total of 230W power. That was a happier match as was Naim’s 70W integrated Uniti 2 amp. I was told that Stewart Tyler has a selection of amplifiers in his disposal (Naim, Sugden, Acoustic Research, Jadis, etc.), but no actual favorite.

ProAc recommends experimenting the D20R on both the short and the long wall insofar there’s 46cm behind the speaker, and the distance between the speakers at least 1.8m. I did. For best results ProAc also recommends turning the speaker toward the listener so that neither side panels can be seen from the spot. I did. They also recommend having the mirror image tweeters on the inner side. I did – although I know there are ProAc fans who prefer the contrary.

ProAc suggests that the height of the ear level very much affects the perceived tonal balance. I fully agree. I’d say the exact height is for everybody to fix.

Listening to the D20R is like watching music theatre. There’s the atmosphere, there’s the tension, which is particularly important with all such music, which is not accompanied by a compulsive need to hop up and down. The D20R is a luxury choice for all music that is best listened focusedly while sitting. It’s about attraction on an emotional level, not distraction on an intellectual level. It’s about transfer of emotion.

Kaija Saariaho’s Trios (Ondine), just as a example, may well be reproduced with any sort of speaker that emits sound. However, only very few speakers have the ability to play this music in such a way that it would have a special significance. Very often enthusiasm toward the music dies out soon after a dozen or so opening bars. ProAc Response D20R is one of the few that know how to blow significance to Saariaho’s music, and the ribbon tweeter may very well have a key role in this.

More generally speaking, the Response D20R is a speaker, which enables listening to music that is not only difficult, but also hard to reproduce such as pre-Baroque old music. The older the music, the more obvious the sonic virtues of the D20R.

Very often enthusiasm toward the music dies out soon after a dozen or so opening bars. ProAc Response D20R is one of the few that know how to blow significance to Saariaho’s music, and the ribbon tweeter may very well have a key role in this.

Jazz stayed interestingly somewhere in between the extremes. The speaker performed well with relaxed and sentimental jazz pieces (Ben Webster’s vintage sounding recordings were reproduced glamorously), but with rougher and louder improvisations the sound would perhaps have benefited from a tad more PA-character. One man’s virtue is another man’s vice.

Dynamics of the music is reproduced a bit as around the corner. For me personally, this was not no problem: I definitely prefer to listen to heavy music through the Response D20R rather classic music with the Cerwin Wegas I know (as they are typically demoed). But I can see that someone else could take another stance on this issue. 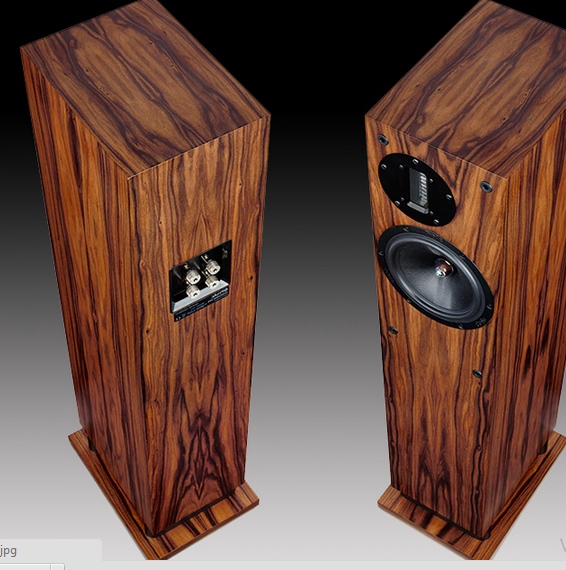 The D20R never shouted. It said what it had to say in a civilized manner. Yet, if the vocalist or the instrumentalist wanted to emphasize a certain point in the score, the speaker did not prevent it from coming through unfiltered. This seemingly contradictory quality is part of the ProAc quality, which I remember from 20 years ago: the ability to speak clearly without raising the voice.

The soundstage is distant and airy. Vocal recordings are transmitted excellently. The direction of sound sources is pointed up comfortably and securely in between the speaker. A great thing to hear was also how the size of the singer (voice) or the cello relative to the size of the accompanying orchestra remained largely correct despite the volume, and how solists stood out from the rest of the sound mass.

More food for thoughts caused the bass response. When I first heard the speaker I felt the bass department was equally smart as the rest of the output. The range from upper bass to lower mid range was not bony, but nor too warmly decorated.

ProAc’s speakers are renowned for their ability to conjure up a big bass from a relatively small enclosure. That reputation started to materialize when I continued with my listening programme. Moving the listening seat or the speakers by 0.5-1 meters in one way or another didn’t prevent occasional LF overflow. It turned out that the D20R requires the same careful positioning procedures as other speakers do.

It is hard to draw any other conclusion than that Stewart Tyler and ProAc has done something very right with the sound of the D20R, at least when measured by my own musical preferences. Very rarely music benefits from loudspeaker coloration, and in my mind the D20R isn’t colored. But suprisingly many music appear to bloom well with the kind of dark harmony that the D20R offers. And although the slowly swinging speaker is more of an expert in tone reproduction than a fiercly kicking blow machine, its expressive powers are so strong that the price of four thousand euros seems reasonable.