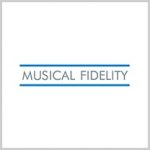 The V-PSU II is a power supply that makes upgrades to your sound.

The V-PSU II can boost up to three V-Series components at once – so, for example, it could upgrade your V-CAN II headphone amplifier alongside the V-DAC II digital-to-analogue converter and V-LPS II phono stage.

The V-PSU II is also compatible with first-generation Musical Fidelity V-Series components, including the bestselling V-DAC; the power upgrade will provide a new lease of life.

The secret to the V-PSU II’s performance-boosting prowess lies in an all-new power supply design. It provides a fully regulated, ultra-low-noise, extremely stable power feed, allowing your V-Series components to be heard at their best.

The original V-PSU was an incredibly popular upgrade; the enhanced V-PSU II is on its way to being an even better performance-boosting bestseller.