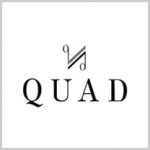 The Quad II-forty power amplifier is much more than a tribute to one of the most famous designs in audio – but refined and powerful in the modern sense of the terms. Although the circuit topology has changed a little from the original, significantly better components and a brand new transformer design have been engineered. While still being delicately balanced a fast, crisp and detailed sound is achieved, whilst producing an output current suitable for modern loudspeakers, including our very own ESL. KT-88 output valves work in a push-pull configuration, while a choice of 4 Ohm or 8 Ohm taps allows for a wide choice of loudspeaker configurations.